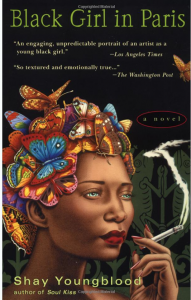 My novel Black Girl in Paris will be coming to the big screen (someday)!  Film director and NYU student, Kiandra Parks contacted me about making a film inspired by BGIP. She impressed me with a black and white short she made. In the summer of 2012 she began filming in Paris. Tracey Heggins, one of the Amazonian Vampires in the new Twilight Breaking Dawn movie, is one of the featured actors. I’ll keep you posted on any new developments in the project.  Monique Wells blogged about it. Check it out: